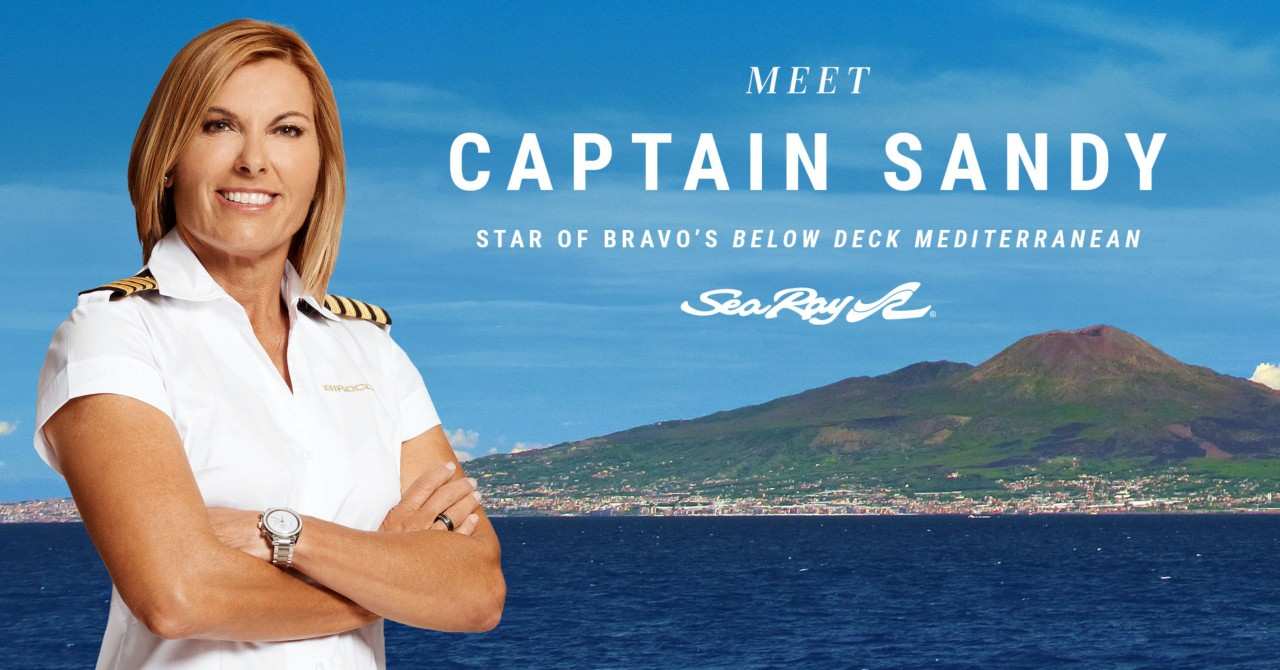 Get to know Captain Sandy Yawn, star of Bravo’s Below Deck Mediterranean and one of the world’s most famous female superyacht captains.  Captain Sandy joined Sea Ray for a Q&A offering a behind-the-scenes look at her extensive career on the high seas. She shared some of her fascinating experiences including becoming a superyacht captain, how she has faced challenges and obstacles along the way, and which Sea Ray boat she drove that impressed her. She also shared a sneak peek of what we can expect on season five of Below Deck Mediterranean, airing Mondays at 9 p.m. EDT. Check out some highlights from the Q&A or watch the video below.

What was her very first job?

Captain Sandy said she washed boats. During her first job, she learned how to properly wash and polish a vessel, Karate Kid style

!How did she become a famous superyacht captain?

Captain Sandy emphasized that it took a lot of hard work and focus. While she was working at her job helping to maintain boats, a boat owner approached her one day and asked if she wanted a full-time job. She wanted the job, but felt it was important to treat her current employer with integrity and talk with him first. He was so pleased she asked that he eagerly gave her his approval. The person who offered her a job was named John Flynn. He taught her to drive a boat and sent her to school to learn boating mechanics, captain engineering, radar and more.

What’s the best piece of advice she would give a new captain?

Captain Sandy replied that if you’re trying to achieve a role in the maritime industry that you truly desire and are passionate about, do it and don’t stop. You’ll have to overcome challenges – but that’s okay. If it was easy, everyone would do it. It takes perseverance and constant drive. If you possess those traits, people will notice and want to invest in you. Follow your passions!

Where is her favorite place she has traveled to?

There are so many places she likes that she has traveled to, but it’s where she hasn’t been that she wants to visit the most. Captain Sandy loves the Mediterranean, but in her opinion, there’s nothing like American waterways. And she thinks Sea Ray boats are ideal for navigating American waterways, especially the SLX 400.

What is she most looking forward to in the new season of Below Deck Mediterranean?

Captain Sandy is looking forward to watching the crew develop into their roles and grow their skill sets. She’s exited to witness their transformation into a real crew.Want to hear more from Captain Sandy? Watch the video to discover which boat she first learned how to drive, how she has overcome challenges, her favorite Sea Ray moment and what she loves about Sea Ray. 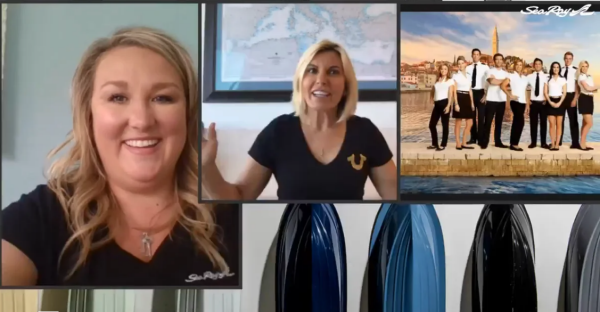