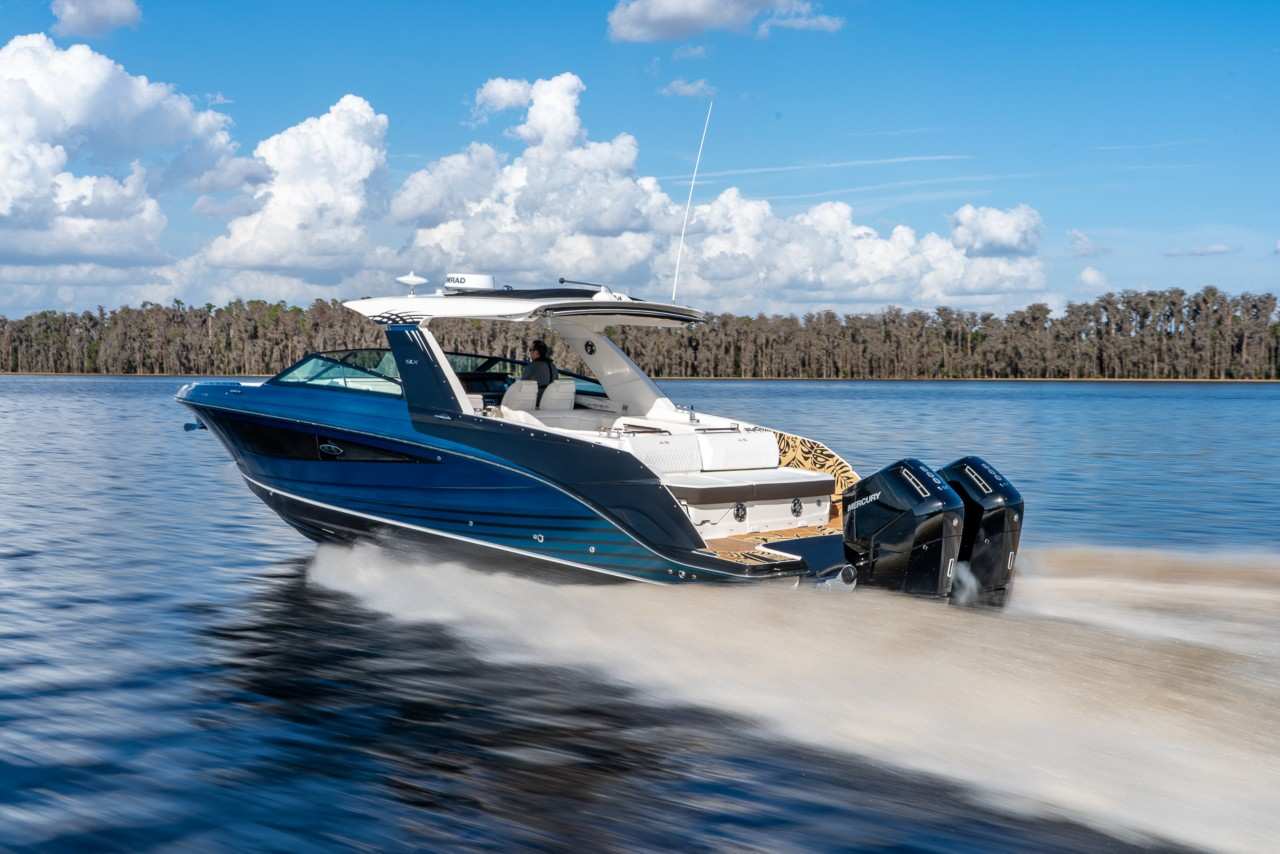 With reimagined performance from Mercury, the SLX 400 Outboard will leverage the unwavering strength of the outboard segment’s first V12 powerhead. Mercury crafted the 600hp Verado outboard engine to deliver superior horsepower and performance, in a surprisingly compact package. An innovative steerable gearcase enhances handling and control, particularly at low speeds, and provides a smoother, more refined driving experience. The two-speed automatic transmission doles out torque and acceleration in first gear to get boats on plane quickly, then silently shifts to second for efficient cruising and an impressive top speed. Combined with the most sophisticated digital controls, including Mercury’s Next Gen Digital Throttle & Shift system, and unmatched sound-dampening technology, the features of the 600hp Verado outboard engine elevate the standards of premium design and engineering.

“The 600hp Verado, the newest engine advancement from Mercury, was a natural fit as a new power option for the SLX 400 Outboard,” said Steve Langlais, Sea Ray president. “The boat’s legacy as the complete entertainer has now begun a new chapter complemented by the 600hp Verado outboard engine’s astounding power, efficiency-enhancing features, effortless handling and whisper-quiet operation to give boaters an even better on-water experience.”

The Mercury 7.6L V12 600hp Verado outboard engine option for the SLX 400 Outboard will be available with model year 2022 production, starting Q321. For more information about Sea Ray, and to view the complete lineup, visit SeaRay.com.

Headquartered in Knoxville, Tenn., Sea Ray is the world’s leading creator of superior quality pleasure boats. For more than 60 years, Sea Ray has pushed the limits of performance and craftsmanship to elevate the boating experience. Each Sea Ray is designed to make every moment exceptional, supporting boaters’ unique lifestyles with a customized balance of unparalleled comfort and performance and world-class technology throughout. Learn more about the Sea Ray Experience at SeaRay.com.