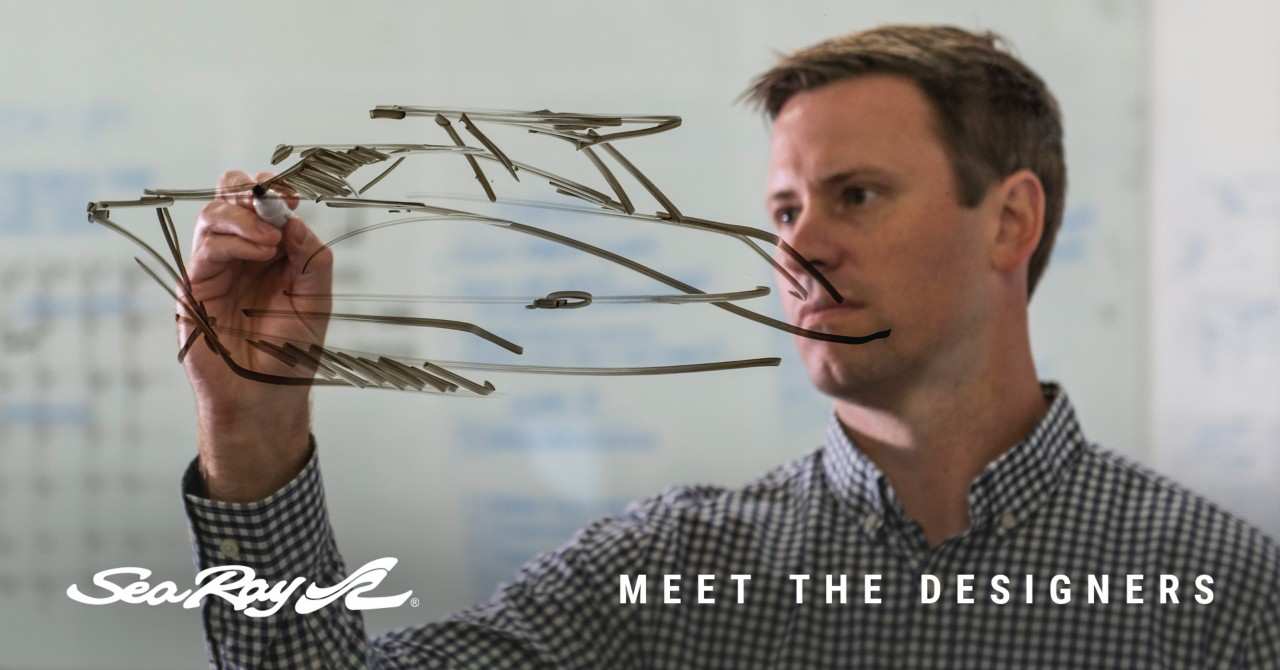 Meet The DesignerS Behind Sea ray

Have you ever wondered how a new Sea Ray is designed? Inspired Design is an essential part of what makes a Sea Ray a Sea Ray. When you see a Sea Ray, you know it. And it’s love at first sight. That’s because every Sea Ray is designed with classic, yet current, Sea Ray styling. But a Sea Ray is more than just style. It’s also designed with a deep understanding of consumer needs and an anticipation of their desires. Our staff of naval architects, engineers and designers strive to make every interaction on a Sea Ray feel natural and seamless.

Two of the creative experts behind the design of our new models Charlie Foss, director of design, and Carrie Fodor, design manager, joined us to share a behind-the-scenes peek at the creation of new Sea Ray boats. Learn about their roles with Sea Ray and Brunswick, and how Inspired Design guides their process.  Watch “Meet the Designers” to get an in-depth look at the entire design process, and read highlights below.  Learn what happens during the research phase, how trends are incorporated, how design and engineering teams work together and more. Also, Charlie and Carrie answer questions from viewers. 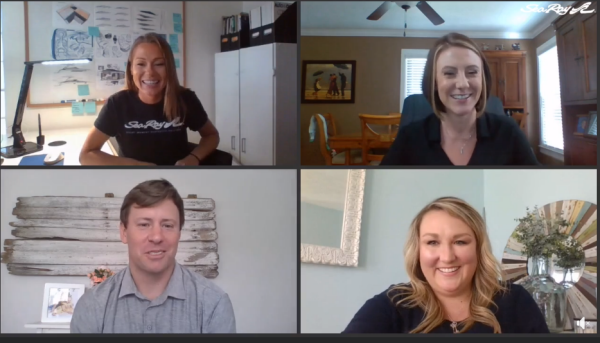 What was your very first job and what lead you to design?

Carrie’s first job was answering phones at Pizza Hut. She grew up in western Michigan in the Great Lakes area where boating is very popular. She was always interested in creative things, and attended the College for Creative Studies in Detroit, Michigan. She majored in Industrial Design with a specialization in automotive. After graduating, she thought it would be interesting to explore working with boats.

Charlie mowed lawns and washed dishes at his first jobs. He was influenced by his grandfather who was a commercial artist in Detroit. His interest in design started from watching his grandfather sketch and work on advertising campaigns. He also loves LEGO bricks, which got him interested in engineering. He attended the Milwaukee Institute of Art and Design in Milwaukee, Wisconsin. While he was a student, he interned with Mercury. Mercury is owned by Brunswick and a sister company to Sea Ray, and supplies the motors for Sea Ray boats. After he graduated, he got a job as an intern with Boston Whaler, also owned by Brunswick. Once the internship was over, he received a full-time job at Boston Whaler. He eventually worked his way up to the director of design role and now leads the development for Brunswick’s boat group, including Sea Ray.

Carrie joined Brunswick after she was introduced to the Sea Ray design management team at the North American International Auto Show in Detroit. When she was in college, she had a car model on display at the show and presented her concept to them. After she graduated, she submitted her portfolio to Sea Ray for a job in design. The Sea Ray design management team remembered her from the auto show and invited her to interview for the position. It eventually led to her role with Brunswick and Sea Ray.

Where do you go for inspiration in the design process?

Carrie explained that Inspired Design is very important to the design process. The design team talks to Sea Ray owners to understand their needs. The team pulls themes from the feedback, and identifies keywords and usage patterns to help inspire new designs. Also, they gain inspiration from current things going on in the world and anything that makes them think of a new idea.

How long does the design process take?

Charlie replied that it takes anywhere from 12 months for smaller boats to two years for larger boats to get from design and engineering to production. The complexity of the new model affects the time it takes to design it.

What are the best and worst parts of their jobs?

Carrie thinks the best part and the worst part are the same thing. The team talks to owners and dealers to understand them and empathize with what people like and don’t like. They discover how people use their boats. From their research, the team comes up with ideas that they put a lot of themselves into. Being a designer requires a lot of passion. Passion can be a huge motivator, but it can also be disheartening if an idea doesn’t come to fruition.

What’s the process for selecting materials – from boat colors to flooring options?

Carrie shared that when selecting materials, they first consider what defines Sea Ray and matches the brand. The style must align with brand personality keywords including confident, athletic, sleek and modern. Then, they consider what is most appropriate for the model. The materials will need to stand up in indoor and outdoor environments. In addition, they need to be able to withstand the elements including salt, sun and water; be resistant to fading; and be stain resistant. Sea Ray conducts extensive testing to determine material durability. Next, they look at trend research to get an idea for consumer preferences. It could take two to three years for the boat to be produced, so they need to project what will be popular with consumers. It can be challenging having to consider the style, testing and functionality of the materials – but it’s a fun challenge.

Do you know a kid who likes art or is interested in design?