What Does the NMMA Certified Badge Mean?

On Sea Ray boats, you’ll see one of two certification badges that bear the acronyms NMMA and ABYC. Aside from MSRP, they might be the most important letters you should know about when you buy a boat.

Oops! I Blew Up the Boatbuilding Industry

The defining historical moment in modern boatbuilding happened in a lab at Corning Glass in 1932 when — purely by accident — a young researcher named Dale Kleist, who was welding two blocks of glass together, inadvertently hit a stream of molten glass with a jet of compressed air. The result was a fine spray of glass fibers that were light and pliable but were found to have enormous tensile strength. When combined with polyester resin, it created a medium called fiberglass that would revolutionize boatbuilding. Constructing boats from wood had been a painstakingly slow and labor-intensive process that required workers with many years of experience. The one advantage they had was that wood floats while fiberglass does not unless floatation is correctly added. But with the advent of fiberglass, in the 1950s, a boat-building boom occurred thanks to the relatively cheap start-up costs combined with American’s newfound wealth of a booming post-war economy and desire to get out on the water. But since many boatbuilders were new to the industry, quality control and safety were spotty. Not everyone back then took the approach of Sea Ray founder Cornelius “Connie” Ray III, who from the start insisted on using the best available materials and methods for his boats’ construction. While the Motorboat Act of 1940 did contain some safety guidelines, it contained no provisions for penalizing those who didn’t comply.

To help make boating safer, the American Boat & Yacht Council (ABYC) was created as a non-profit organization in 1954 to help the burgeoning boating industry by establishing standards and boatbuilding procedures.  Today, ABYC is driven by a voluntary group of more than 400 technical experts including boat builders, technicians, engineers, boat and accessory manufacturers, surveyors and investigators, retailers and dealers, yacht brokers and designers, marinas, law firms, government agencies, boat owners, insurance companies, and more. This independent consensus-based body works together to develop standards, practices and testing procedures and has the sole mission of improving the safety of the boating public. While ABYC certifies technicians in the marine industry, it does not certify boats (neither does the USCG). Its extensive body of work does set the standards used by an organization called the National Marine Manufacturers Association (NMMA), whose membership includes top boat builders like Sea Ray.

What Safer Boats All Have in Common

NMMA/ABYC standards go far beyond the regulations set by the United States Coast Guard (USGC) and exceed federal laws established in 1971 with the passage of the Federal Boat Safety Act (FBSA). Chapter 43 of the FBSA pertains to recreational boating and is a scant six pages long. It gave the authority to the Secretary of Transportation (now under the Secretary of Homeland Security) and USCG to issue directives, which are enforceable by criminal and civil penalties. These directives are limited in scope and pertain mainly to things like a boat’s flotation, its fuel and electrical systems, lighting requirements and sanitation systems as well as the conduct of a boat’s operator. It gives the USCG the authority to conduct inspections of boatbuilder factories and to create programs that educate builders and boaters alike.

The NMMA, using ABYC standards, takes a more holistic approach and holds its boatbuilder members to higher standards that include virtually every aspect of the boat design and build. It makes sure its members not only subscribe to the laws of the land but also follow the ABYC’s detailed directives for items like handholds, methods of reboarding, hatches, battery systems, through-hull fittings and even repairs to name just a very few. One of its major goals is education not only for its builder partners but also the recreational boater. Boatbuilders, through their membership fees, also fund campaigns such as Discover Boating, which is an outreach program that tries to bring non-boaters into the fold.

For a boatbuilding member of the NMMA to have a model certified, it must be built and presented to an NMMA certification specialist who inspects the boat. If it doesn’t meet the NMMA/ABYC’s rigorous standards, any deficiency must be corrected before it can be certified.

Although U.S. federal regulations only require a boat’s passenger capacities to be displayed on boats less than 20 feet long, the NMMA uses ABYC standards to include all powerboats shorter than 26 feet long (and all pontoons), which constitutes an amazing 95 percent of recreational boats on the water. On this yellow, gray and black capacity tag, there’s a max total passenger number and also a weight total. But because passenger weights can vary greatly, the total weight is the more important number of the two. Another, higher maximum weight is shown that factors in not only the weight of the passengers but also the engine’s weight along with the weight of the gear. Under USCG directives, boats longer than 20 feet don’t require a maximum horsepower rating but the NMMA has a maximum allowable horsepower rating for boats up to 26 feet long that is determined by factors like weight, hull design and testing that determines how a boat will handle maneuvers like quick turns. But perhaps the most important information on this plate to look for is the phrase, “NMMA Certified using ABYC standards,” along with a black checkmark. If you don’t see it, that boat might be built using only the minimum standards required by the USCG and federal statutes.

Boats longer than 26 feet long that have gone through the NMMA’s rigorous vetting process will display the “Yacht Certified” tag that also includes the phrase, “NMMA Certified using ABYC standards.” Vessels bearing this tag have also had their manufacturing facility inspected by the NMMA’s experienced field team to ensure they conform to exacting ABYC standards. These larger boats don’t have a posted passenger or weight limit on the certification badge but rely on the skipper’s judgment.

According to the USCG’s safety statistics, boats that bear these NMMA certification badges are safer than those that don’t. So when looking for your next boat, in addition to checking out the great seating and amenities, take a look to make sure it displays the initials NMMA and ABYC. 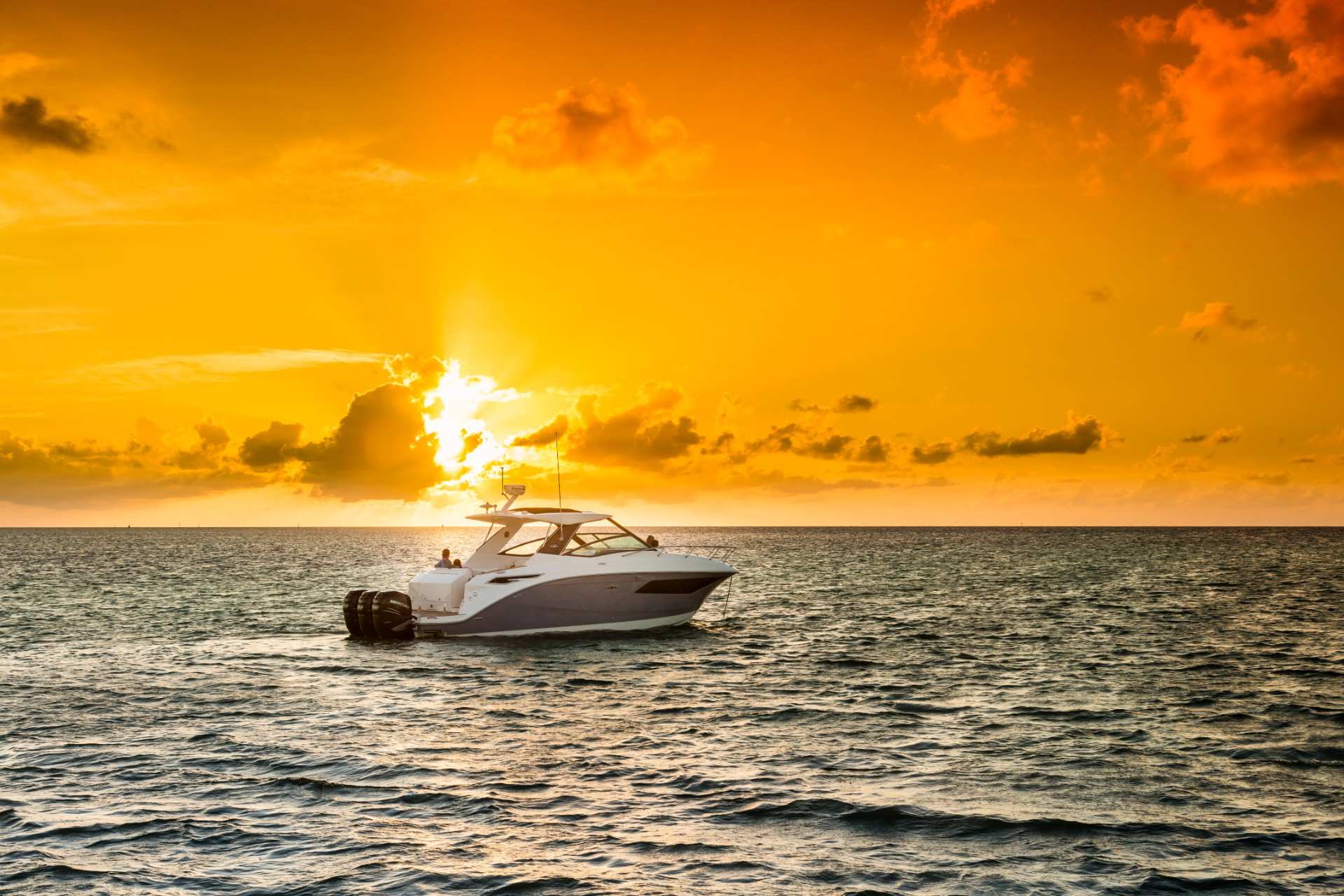