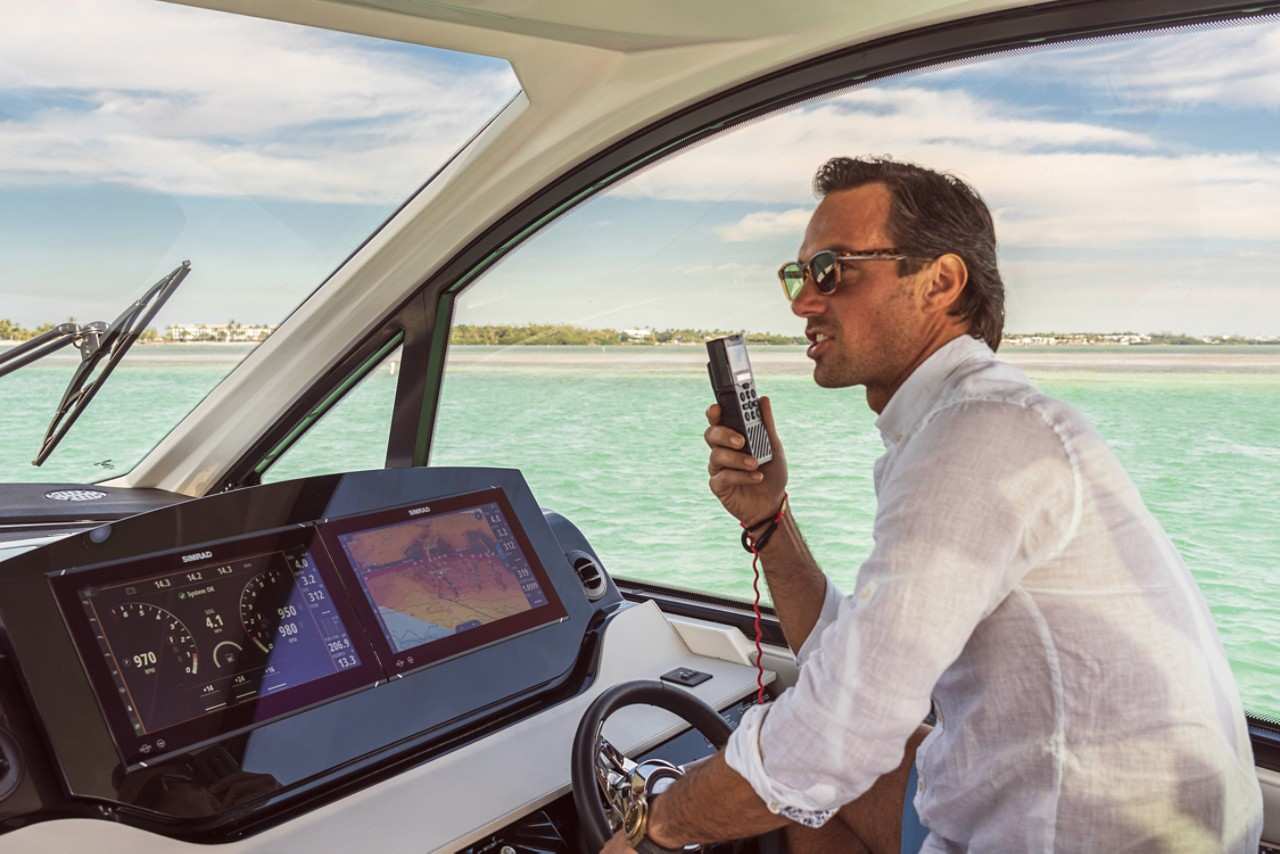 The VHF (very high frequency) radio aboard your Sea Ray is a critical piece of communications equipment that may save your life. VHF radios can be fixed (mounted to the boat with a remote antenna) or handheld (portable with a built-in antenna). Fixed radios operate up to 25 watts of power and can reach 25 miles depending on the height of the antenna, while handhelds operate at 1 or 5 watts of power for closer communications.

VHF radios are “line-of-sight” which means they don’t broadcast around island corners or out of deep narrow inlets, but they have distinct advantages over cellphones including providing easy and reliable vessel-to-vessel and vessel-to-shore communications, being monitored by other boaters as well as the Coast Guard, and being fully waterproof.

A primer on VHF radio protocol:

Sea Ray has partnered with Simrad® marine electronics so maritime radio communications and navigation information are integrated into a seamless user experience. The Simrad GO Series brings together GPS, sonar, radar, autopilot and communications in an intuitive system that builds confidence for Sea Ray owners.

The functionality of Simrad’s VHF models varies but may include AIS (Automatic Identification System) functionality that shows surrounding AIS-equipped vessels as well as broadcasting your position to other vessels for collision avoidance purposes. Another feature of Simrad radios is DSC (digital selective calling) that transmits your location automatically to the Coast Guard at the push of one button when the radio has an internal GPS or is linked to a chartplotter. Using VHF radio etiquette on a boat is a basic skill to master to enhance safety and enjoy your time on the water.